Alaska, Americas largest and most sparsely populated state.
Although, that may not have always been the case, we have previously covered many compelling accounts, reports, excavations, even photographs of this mysterious race.
It seems no matter where you turn within controversial archaeological fields, you will inevitably come across reports of giants.
They even made it to the notoriously remote Polynesian island known as Easter.
Tales of giants with two rows teeth, giants with red hair, blonde hair, moon eyes, and even giants from Alaska...
Just who were these world traversing ancient goliaths?
Were all these different tribes related?
Were they responsible for the building of many of the ancient structures found around the world, where the placement of the huge megalithic blocks, still perplexes us to this day?
Atlin, is known as the Gold District of Alaska and James L. Perkinson owned a piece of it.
An extremely wealthy American miner, who found something remarkable in his land, something so impressive, he graciously, went into the , The San Francisco call newspaper personally, to report his findings…
Two weeks prior, the first excavations were being made for a tunnel, which unfortunately broke through into a layer of an ancient burial ground.
Within, were 7 gigantic skeletons, one, was a mere 7 feet in height, yet the others were of a tremendously greater stature, some over ten feet tall.
“The layer is at a high altitude and the ground is half frozen, making for great preservation chances,” said Perkinson, he believed that many more giants were buried there, as the ones he unearthed were lying comparatively close together.
The skeletons were unusually well formed, but one unique feature was the size of the bones, the forearms were enormous in comparison to usual people.
Beside two of the skeletons were spears, rudely shaped and pointed with sharp stones.
Other pieces of stone and carved metal were found nearby.
Acting responsibly, James left all in-situ, unfortunately, it wouldn’t be long before it all seemingly vanished.
Regardless, this was a noble act by James L. Perkinson, it is sadly unknown just what did happen to the giants on James’s land.

This was a report made by James L Perkinson, to, and subsequently reported by, The San Francisco call on November 18th 1900. 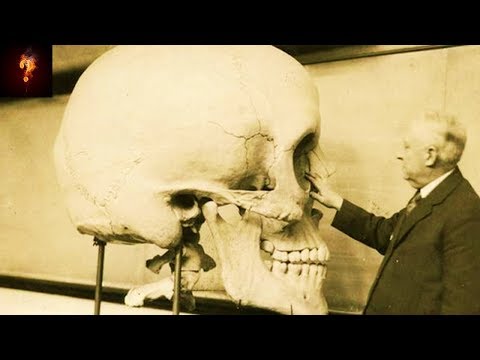