Dark5 presents a top 5 list of creepy, mysterious, and unidentified creature sightings that were caught on camera... Learn more:

5. Duende
A duende is a dwarf-, fairy- or goblin-like mythological creature from Iberian, South American, Chamorro and Filipino folklore. The word is often considered to be the Spanish and Portuguese equivalent of the English word sprite or the Japanese word yōkai and is used as an umbrella term for any fairy-like being such as goblins, pixies and elves. The Spanish term originated as a contraction of the phrase dueño de casa or duen de casa, "possessor of a house", and was originally conceptualized as a mischievous spirit inhabiting a house.

4. UFO Man
While driving through the Mexican state of Baja California recently, a woman took out her camera phone and filmed what is being called the first alien UFO sighting of 2018. The viral video appears to show a vertical object that is taller than it is wide, hovering in the orange sky above the rooftops as the person filming drives down the road. Some claim the object is an astronaut in a jet-pack.

3. Chicago Mothman
In West Virginia folklore, the Mothman is a legendary creature reportedly seen in the Point Pleasant area from November 12, 1966, to December 15, 1967. The first newspaper report was published in the Point Pleasant Register dated November 16, 1966, titled "Couples See Man-Sized Bird ... Creature ... Something". The national press soon picked up the reports and helped spread the story across the United States. The creature was allegedly sighted again in 2017 in the skies over Chicago.

2. Alyoshenka
Alyoshenka (Russian: Алёшенька, diminutive of the Russian male first name Alexey) or the Kyshtym Dwarf was found in the village of Kaolinovy, near Kyshtym, Chelyabinsk Oblast, Russia in May 1996. Subsequently, the dwarf was lost. Only photos and videos survive. Various supernatural and mystical speculation arose; skeptics regard the information about its existence as nothing more than urban legends.

1. Pangboche Hand
The Pangboche Hand is an artifact from a Buddhist monastery in Pangboche, Nepal. Supporters contend that the hand is from a Yeti, a scientifically unrecognized animal purported to live in the Himalayan mountains. A finger bone from the hand was tested and the DNA shown to be "near human." 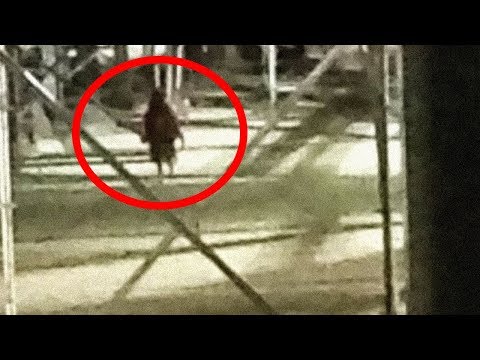