Most times we feel bizarre about things happening around us but more eccentric when we are confronted with giant creatures. Their impressive and larger than life size are way far from the ordinary that they will blow your mind. From Biblical History in Genesis 6:1-2, 4 to archeological discoveries, giants have been said to walk the face of the earth. They are so huge that we would look like tiny dolls when placed beside these humongous creatures. Some of these creatures are peaceful and lovable just that they’re giant version of your beloved stuffed animals while some are creatures that you wouldn’t even want to get near to. Curious yet? Here are 5 Giants caught on camera and spotted in real life brought to you by Top 5 Supreme. Let’s get it rolling.

The origin of Koolakampa is quite a complicated one. This mysterious creature is believed to be a purported hybrid species of chimpanzees and gorillas. It was reported that this alleged hybrid ape species was found in Africa as early as the mid-19th century and since then, there has been scientific debate about whether the Koolakamba is a subspecies of chimp, an ape hybrid created by crossbreeding, or its own distinct species. This had led most scientists to believe that the creatures could be monstrous gorillas or giant Chimpanzees. Most of this speculations about the koolakamba comes from the late 19th and early 20th century, about the time that Paul Du Chaillu was “discovering” the gorilla.

One of the terrifying creature found in the Philippine is the Aswang. A flesh eating and shape shifting monster which appear as regular towns’ people during the day but may be observed by people to have reclusive habits or magical abilities. At night, Aswang’s shift into eerie predatory forms and go hunting for human prey, preferring to feast on children and pregnant women. Usually, the Aswang is a woman during the day. At night, however, it may appear as a bird, a pig, or a dog.But no matter which animal form it takes, an Aswang will differ from a regular animal in various disturbing ways. Most Aswangs have long, proboscis-like tongues, and are frequently described as walking with their feet backward. The Aswang’s most fearsome ability is its knack for blending in with its victims. During the day, Aswangs look and act just like regular people. Although they are generally shy and somewhat reclusive, they can have jobs, friends, and even families. But during the night, Aswangs shift into a form that is better suited to hunting.

The footage caught on camera in Japan shows a giant walking in a parade with normal Japanese citizens. The video was said to have been filmed back in 1890 and the trailer surfaced on the internet in 2007. Since it appeared on the internet, the film has been shared many times on video websites. And many claimed that the video is proof of giants called 'Nephilim' mentioned in the Bible, a sacred book of many European and American religions... which seems an odd thing for a video from Japan to become.

In 2001, a monster was said to attack Delhi in the night, setting the residents of Mumbai on bizarre. The footage shows the creature looking like a monkey, about 4ft tall with metal claws, thick black hair, eyes that glowed red, wearing a metal helmet and had three buttons on its chest. It’s bigger than a man, more muscular and with a face that looked more like a fox than a monkey. The monster was said to be behind numerous attacks, which led to a wave of fear sweeping the city. In some incidents, people reportedly died after jumping from buildings trying to flee the monkey-like creature.

A footage caught on Google earth spotted two giants men of about 8 to 9 ft nearby Giza Pyramids in Egypt, walking towards each other across the street. There speculations that they could be descendants of the people who originally built the huge pyramids, or even the fabled Annunaki gods. The Annunaki were a group of deities or gods in ancient Mesopotamian cultures. Could this giants be the original builder of the huge Giza pyramids as speculated what do you think? Leave your thought in the comment section below.And that is it on our Top 5 list. If you like this, leave a thumb up and share and don’t forget to subscribe to this channel for more of interesting contents.

Thank you SOOO Much for watching this video! Give it a like if you liked this video, share it with some of your friends and of course, do not forget to subscribe for the Best Lists! 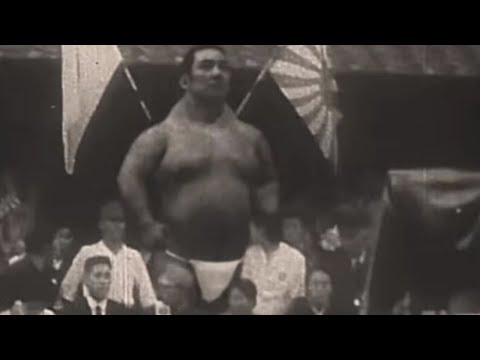 5 Giants Caught On Camera & Spotted In Real Life! Description: Most times we feel bizarre about things happening around us but more eccentric when we ...