Cover ups of the existence of extraterrestrial life have happened for thousands and thousands of years with ancient texts referring to what lead expert Giorgio Tsoukalos calls "misunderstood technologies." HISTORY’s hit series “Ancient Aliens” returns with a two hour premiere Friday, April 27 at 9PM ET/PT in its continued global search for proof that extraterrestrial life exists and these unknown lifeforms visited Earth thousands of years ago. If aliens are among us, how have they impacted our world and how will people react to this discovery? From recent breaking news on the U.S. government's funding of UFO research to recently discovered hidden facts behind chambers in Egypt’s Great Pyramid, each new episode covers various alien-related topics with historic detail, first-hand accounts and interviews with the world’s top scientists, archaeologists and researchers. Lead expert Giorgio Tsoukalos joins Ancient Astronaut theorists, David Hatcher Childress, William Henry, Linda Moulton Howe, Erich von Daniken and many others being interviewed, as this season travels to over a dozen countries to explore firsthand signs of ancient alien visitation. On the island of Sardinia, Italy, ancient statues of giants with alien features are shown to the public for the first time; hidden messages are uncovered in the artwork of Leonardo da Vinci and strange alien-looking statues are explored on the Marquesa islands of the South Pacific. #AncientAliens
Subscribe for more from Ancient Aliens and other great HISTORY shows: http://po.st/SubscribeToHistory

Find out more about the show and watch full episodes on our site:
http://po.st/AncientAliens

"Ancient Aliens" explores the controversial theory that extraterrestrials have visited Earth for millions of years.

HISTORY®, now reaching more than 98 million homes, is the leading destination for award-winning original series and specials that connect viewers with history in an informative, immersive, and entertaining manner across all platforms. The network’s all-original programming slate features a roster of hit series, epic miniseries, and scripted event programming. Visit us at HISTORY.com for more info. 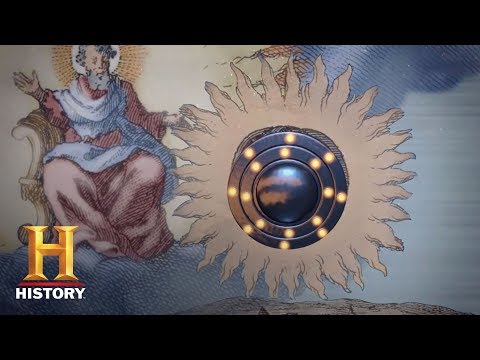 Cover ups of the existence of extraterrestrial life have happened for thousands and thousands of years with ancient texts referring to what lead exper...