1. Wide of China's "Artificial Sun" project EAST (Experimental Advanced Superconducting Tokamak) device
2. Close of parts of EAST device and sign
3. Wide of researchers getting into EAST experimental device
4. Wide of EAST device, zoom in to close of equipment inside
5. Researchers working in device
6. EAST experimental device
7. Researcher monitoring EAST
8. Chinese national flag on top of EAST
9. SOUNDBITE (Mandarin), Wu Songtao, Deputy Director of Institute of Plasma Physics under the Chinese Academy of Science:
"Scientists all over the world have done a lot of analysis, calculation and simulating experiments and everyone believes that the experimental Tokamak fusion device can be established technically, but none of them has brought this kind of device into reality. However, China has achieved success in this field. We have set up our experimental device and it is working fine as the results of experiments show. China's success of establishing this device also encourages people and countries researching the experimental Tokamak fusion. We believe the fusion reactor in the future should be similar to our EAST device."

10. Wide of EAST parts, tilt up to wide of EAST device
11. Wu introducing EAST device to people with slideshows
12. Close of EAST fusion pictures taken through special camera
13. Wu lecturing, pan to wide of slideshow
14. SOUNDBITE (Mandarin), Wu Songtao, Deputy Director of Institute of Plasma Physics under the Chinese Academy of Science:
"EAST device is a full superconducting experimental Tokamak fusion device,and this is the first one of this kind all over the world. And I can tell you for sure that our EAST experimental device will remain the only one device of this kind in the world in the following two years because the research process of other countries has been delayed as far as I know. "

China's experimental Tokamak nuclear fusion device, nicknamed the "artificial sun", is up and running for the first time.

However, there are now calls for more funding for the "artificial sun" project before it can be put to commercial use.

A series of tests run by Chinese scientists on the experimental thermonuclear device have found "the artificial sun" is a reliable energy generating process.

China is the first country in the world that has brought the nuclear fusion device into operation (May 18).

Scientists believe this is an encouraging breakthrough in nuclear fusion research.


He says than any future fusion reactor will be similar to the EAST device. 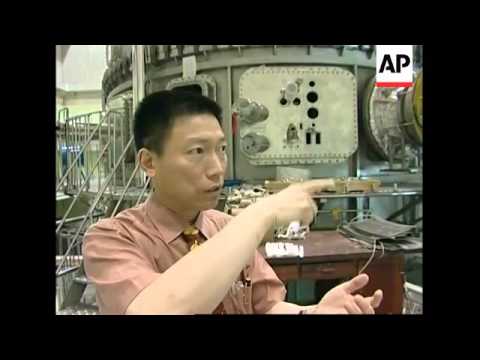