Nephilim Sun Temples (Henges), identical to those found across England was constructed in central Indiana. Giant Nephilim skeletons were uncovered near the temples; providing the evidence that they were constructed by a race of giants. Numerous Nephilim skeletons exceeding 7 and 8 foot have been found within the burial mounds in this part of Indiana, indicating that the State was once inhabited by a race of giants.
Nephilim Sun Temples in Indiana were aligned to both solar and celestial events. Remains of these earthworks can still be seen today in Wayne, Henry and Madison counties in Indiana. Identical Nephilim earthworks can also be found in Kentucky, West Virginia, and Ohio.
For direction to these sites, see "The Nephilim Chronicles: A Travel Guide to the Ancient Ruins in the Ohio Valley." Featuring 222 Nephilim burial mound and earthwork sites in Indiana, Ohio, West Virginia, Kentucky, and Michigan.
For more on the connections between the Nephilim giants discovered in the Biblical Levant, England, and the Ohio Valley, see "The Nephilim Chronicles: Fallen Angels in the Ohio Valley." 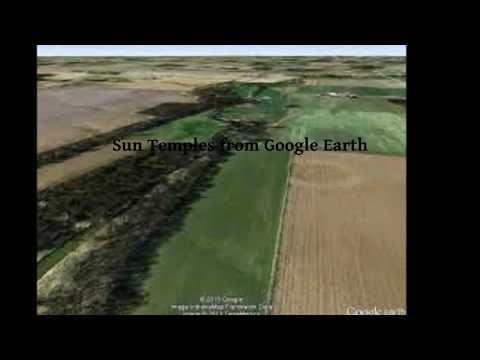