"Ode to Roswell" is a poem I wrote while visiting Roswell, New Mexico in 2015. It's been nearly 70 years since some mysterious craft crashed into the desert. To this day, it remains one of the most intriguing and potent UFO cases. UFO's, Aliens, and Banjos. All aboard!

There was a little accident in 1947
Roswell New Mexico, it fell from the heavens.
It hit the desert floor and scattered about
First the rancher, then the military came to check it out
A crash it seems, some strange little beings
Brought to the Earth by mysterious means.

The first reports out it was a UFO
The officers said they'd seen nothing like it before
But on the next days news it was a weather balloon
Oops, my mistake, I guess we're all buffoons

Then the Men In Black arrived, to make sure the story jived
You didn't hear or see anything it was all contrived
And if you'd like to stay alive you shall speak of this to no one There is a lot of desert here, and you'd be hard to find

But after many years, people lose their fears
They're no longer scared of death or losing their breath
Many stories came forth, You know it's hard to tell
A retired army general testified in "The Day After Roswell"

He said they reverse engineered the alien technology
To diffuse to the public and create mega tech monopolies
This was all done in secret, around round tables
From microchips and lasers to fiber optic cables
Who really knows the truth? I'm sure it's stranger than fiction
But the stories of the witnesses are more than worthy of mention.

So keep at least one eye, turned to the sky
Because you never know when a spaceship might be flying by
The ETs are here, and they have been for years
Let's just hope the like good music and beer
Peace 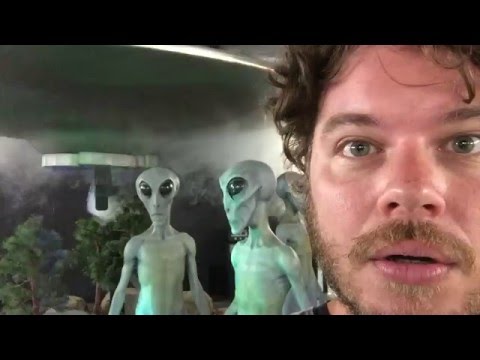 "Ode to Roswell" is a poem I wrote while visiting Roswell, New Mexico in 2015. It's been nearly 70 years since some mysterious craft crashed...