A speaker interrupted transmissions for six minutes and claimed to be a representative of an "Intergalactic Association". Reports of the incident vary, some calling the speaker "Vrillon" or "Gillon", others "Asteron".

The voice, which was disguised and accompanied by a deep buzzing, broke into the broadcast of the local ITV station Southern Television, overriding the UHF audio signal of the early-evening news being read by Andrew Gardner [citation needed] from ITN to warn viewers that "All your weapons of evil must be removed" and "You have but a short time to learn to live together in peace."

The interruption ceased shortly after the statement had been delivered, transmissions returning to normal shortly before the end of a Looney Tunes cartoon. Later in the evening, Southern Television apologised for what it described as "a breakthrough in sound" for some viewers. ITN also reported on the incident in its own late-evening Saturday bulletin.

The broadcast took over the sound only, leaving the video signal unaltered, aside from some picture distortion. Many believe this were "Pleiadians". Also known as Nordic aliens, are humanoid aliens that come from the stellar systems surrounding the Pleiades stars, and they're really really really concerned about Earth and our future.

• MORE INFO ABOUT THIS EVENT: https://en.wikipedia.org/wiki/Southern_Television_broadcast_interrution

You can contact us for any questions (by example: using one of our uploads for your website or YT-channel) or to submit a sighting on this channel. Contact us thru email at: contact@findingufo.tv

If you noticed a video that violates your COPYRIGHTS, then please inform us and we will DELETE it. Most of the videos we receive thru email from submitters, so it's not always easy to check on COPYRIGHTS or the RIGHT OWNER. Thanks for your understanding and cooperation.

ALL footage used is either done under the express permission of the original owner, or is public domain and falls under Fair Use for commentary/research/news reporting purposes under current copyright rules. 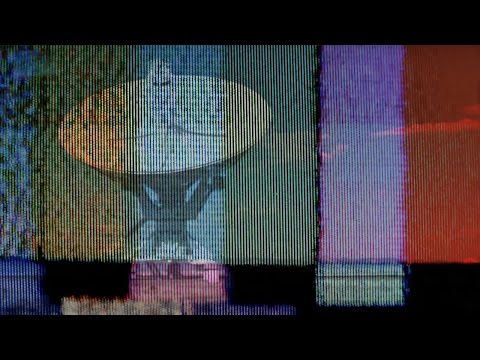