PROOF of the Existence of Giants!!! The Ancient Nephilim!

PROOF of the Existence of Giants!!! The Ancient Nephilim! Giants were real! Okay, so we don’t have much definitive proof of this, but there are plenty of facts and stories out there that can lead us to the conclusion that giants may have been real, and could even still be out there today. And…with just a bit more proof, we could be on the verge of discovering the facts behind their existence, and possibly what happened to them. How cool would that be!
So whenever anyone tells you giants can’t possibly be real, just give them these ten pieces of evidence that they are, and you’ll be the hero! From Ancient Texts to Footprints, stay tuned to number one to find out just where giant sized skeletons have been found!

Ancient stories of mythology, Balor, Nephilim and more!! Brought to you by Zero2Hero!!

Click here to see the Top Moments in ANIME!!! https://youtu.be/uL7VsF_72j0

Number 10: Huge bones found
Dinosaur excavations usually get more press than other archeological discoveries, but they don’t just find dino and animal bones when they go digging for history. Sometimes they find human skeletons, and big ones at that.
Excavations in places like Ecuador, Bulgaria and Egypt have uncovered massive sets of bones, leading scientists to believe that they belonged to large upright beings of ten feet or even taller. These bones have even been found in the United States, in places like Wisconsin, Colorado, Death Valley, and even more!
Now, these giant bones don’t guarantee that they belonged to humans, but the bone structures sometimes resembles that of a gigantic human. Most of the skeletons date back millions of years, too, providing the possibility that mankind was walking the earth well before we ever thought we were. And our ancestors may have been huge at the time!
Number 9: Impossible Feats of Strength.
Sure, we’ve all seen YouTube videos of people lifting really heavy stuff and throwing it wherever, but that’s nothing compared to some of the most well-known and unexplained feats of human history.
Structures like Stonehenge are a perfect example. The entire construction was built with gigantic stones that no single human could ever move, unless they were giant. Okay, maybe they had teams of people moving these stones, but based on the estimated date of its construction, societies are not believed to have the tools to move stones of such size. On top of that, they have figured out that the type of stones used in Stonehenge came from hundreds of miles away. It would have been an immense job to get them from point A to point B, and to make sure they stay intact. Unless, maybe, a giant moved them?
The Pyramids at Giza are another example. These monstrous structures were supposedly built by thousands of people over the course of many decades, but even still, the tools available at the time would not be good enough to move such massive stones.
Of course, this does not guarantee that giants did all the work, but maybe they did? Who knows!
Number 8: Exceptionally Tall People Today.
The world is full of amazingly tall people! Everywhere you go, you can find people of all heights, making it very possible that there were even larger humans roaming the earth long ago. People who stand seven or eight feet tall are real, so who’s to say that even taller people lived long before out time?
The tallest man to ever live, according to the record books, was Robert Pershing Wadlow, who stood at eight feet eleven inches tall.
Currently, some of the tallest men and women on earth stand above eight feet tall themselves. These are very tall people and could, in their own right, be considered giants.
Many people from around the world are super tall, while others are very small. This at least proves that human DNA has the capability to create humans of a wide variety. So why not super huge ones? Maybe we live in an era of eight - foot- max humans, but maybe those numbers were much higher in the past, or could be again in the future.
Number 7: The Bible.
So, There will always be debate as to whether or not the Bible is a matter of fact or fiction. However, there are many stories from the multiple sources, such as the Bible, that speak of very large humans as if they are just a daily part of life.
Goliath is assumed to be well over ten feet tall, and Samson is estimated to be nearly just as large. While no one truly knows the exact details of these stories, you can certainly ask why they would be described as such massive people if they were not. In addition, many books of the Bible were written by many different people who lived in different locations throughout the Middle East. How some of these writings match other ones could be proof of very tall people walking the earth in biblical days.

PROOF of the Existence of Giants!!! The Ancient Nephilim! 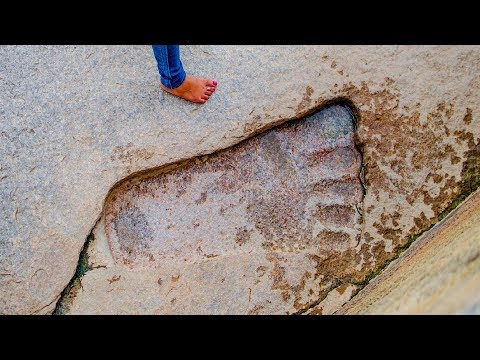 PROOF of the Existence of Giants!!! The Ancient Nephilim! Giants were real! Okay, so we don’t have much definitive proof of this, but there are plenty...