This is one incredible presentation. It was recorded in 2014 and still delivers a whopping message. We think you will really enjoy this one.

Over the years, there have been many confirmed military encounters with UFOs, many of which are truly incredible and at times disturbing. These encounters involve much more than the U.S. military, but also the militaries of Canada, the U.K. all the European nations, Russia, China, Australia, Middle Eastern nations, African nations — indeed, everywhere. Not only that, but reliable reports by military and government sources go back well before the Second World War. Richard Dolan will discuss some of the most extraordinary encounters we know of, and share his ideas regarding the phenomenon itself. He will then examine the energy and technology implications, the probable political forces that are blocking changes to our energy paradigm, and ways of moving forward.

Richard Dolan is one of the world’s leading researchers and writers on the subject of UFOs, and believes that they constitute the greatest mystery of our time. He is the author of two volumes of history, UFOs and the National Security State, both ground-breaking works which together provide the most factually complete and accessible narrative of the UFO subject available anywhere. He also co-authored a speculative book about the future, A.D. After Disclosure, the first-ever analysis not only of how UFO secrecy might end, but of the all-important question: what happens next?

UFOs and the National Security State: Chronology of a Coverup, 1941-1973

A.D. After Disclosure: When the Government Finally Reveals the Truth About Alien Contact

For the home of exclusive content from author, historian, and radio host Richard Dolan.

Richard has dedicated the last two decades to uncovering the truth about UFOs and, more recently, the dark covert operations known as false flags.

Check out books by Richard Dolan at https://www.richarddolanpress.com/ 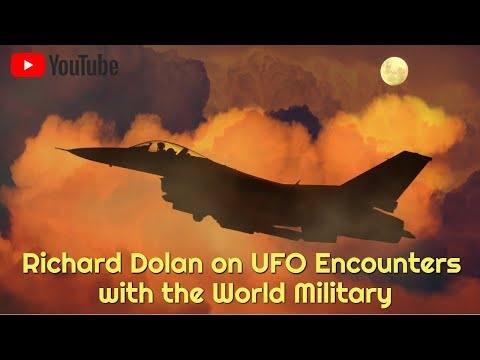 #RichardDolan at the Secret Space Program Conference, 2014 San Mateo #Disclosure #UFO This is one incredible presentation. It was recorded in 2014 and...