UFOs: Past, Present, and Future is a 1974 documentary film that examines several prominent UFO sightings from the post-war to contemporary era. It was re-released in 1976 and 1979 under the title UFOs: It Has Begun to coincide with renewed interest in the subject due to the release of Steven Spielberg's Close Encounters of the Third Kind.

Also be sure to check out:
The Outer Space Connection: REAL ANCIENT ALIENS - Classic UFO, Aliens

Proof of Alien Life
There is a treasure trove of rarely, if ever, seen historical footage and interviews with some significant individuals and witnesses -decidedly worth the watch.

Proof of Extraterrestrial Life
It is said that there was US Government co-operation in the production of this film... interview footage filmed inside the Pentagon. That interview is with Colonel Bill Coleman, Chief of Public Information for the US Air Force from 1969 to 1974.

UFO Evidence
The Holloman AFB UFO landing event was featured in Robert Emenegger's/Alan Sandler's 1974 documentary 'UFO's: Past, Present and Future', and in an updated 1979 version 'UFOs: It Has Begun'. Both narrated by Rod Serling.

Extraterrestrial Life
High-level cooperation from the DOD - the documentary, UFOs: Past, Present and Future (1974), which considered the extra-terrestrial hypothesis in a much more serious light. The film's director, Robert Emenegger, was given unprecedented access to DoD facilities, including the highly sensitive Holloman Air Force Base and the Pentagon itself. "The Secretary of the Air Force [Robert Seamans] gave the order to co-operate," explained the director, who was granted time with highranking military officers apparently well-versed in UFO-related matters, among them Colonel William Coleman, former spokesman for Project Blue Book, and Colonel George Weinbrenner, then head of Foreign Technology at Wright Patterson Air Force Base.

Alien Documentary
The film even included a detailed reconstruction of what Emenegger claims the USAF told him was a real extraterrestrial landing at Holloman Air Force Base in 1971, complete with artistic renderings of the alleged aliens.

UFO Proof
The USAF even provided Emenegger with a few seconds of footage showing what appeared to be an unusual, bright object descending slowly and vertically over the base. These frames, Emenegger claims, were taken from the "genuine" Alien landing footage and officially authorised for use in his completed documentary, which, in line with a 49th Parallel.

UFOs It Has Begun! 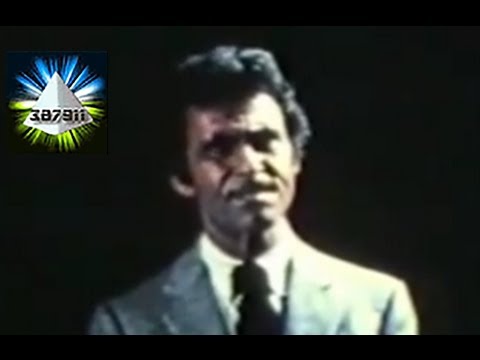