The Ilyushin II-76 Candid is a landmark Soviet-era design. Russia's first four-jet heavy transport, it was conceived and used to fly strategic military cargos into front-line air bases in the most extreme operational conditions.

The II-76 prototype made its first flight in 1971. It was intended as a replacement for the An-12. Production commenced in 1974. The basic II-76 (NATO reporting name Candid-A) transport was built purely for military service. It saw extensive service during the Soviet war in Afghanistan. Over 800 of these cargo aircraft were built, as well as a number of specialized versions. The Il-76 is currently in service with Russia, Algeria, Belarus, China, Cuba, India, Iran, Libya, North Korea, Syria and Ukraine.

This aircraft was designed to deliver heavy vehicles and machinery to remote, poorly-serviced airfields. It can operate from short and unpaved runways. The Il-76 can cope with the worst weather conditions experienced in Siberia and Arctic regions.

The tough, dependable airframe spawned many variants - some designed to do the basic transport job even better, and others which serve as indispensable combat support roles. A bewildering array of other specialised variants have been developed for roles including mobile hospital, cosmonaut training and airborne command post, airborne laser platform and firefighter.

Want to support my channel? Check out my Patreon Donation page! https://www.patreon.com/user?u=3081754

Or check out my PayPal direct link if you wish:
paypal.me/Matsimus

DISCORD IS BACK! Come hang out!
https://discord.gg/Hsg9gtS 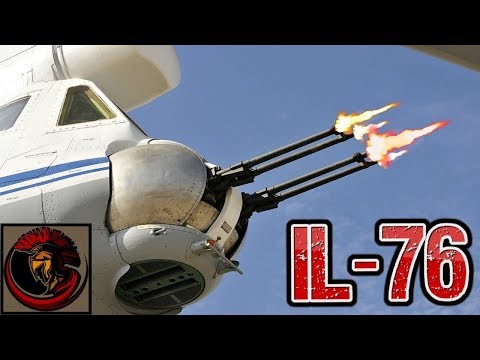 The Ilyushin II-76 Candid is a landmark Soviet-era design. Russia's first four-jet heavy transport, it was conceived and used to fly strategic militar...