SOMETHING Strange Captured Over US Military Installation (UFO?) Multiple other UFOs & News 4/29/2018

Alien Bros is a team of UFO researchers dedicated to bringing you the latest in alien related news and anything else that seems paranormal with a specific interest in military bases like Area 51 and Kapustin Yar. The first UFO Sighting we share comes courtesy of our friend UFO MAN and was captured over Baja California on April 12th of 2018. It appears to show multiple orb UFOs in a straight line and multiplying over Mexico. Next we share a UFO sighting that I personally captured myself over Camp David and Near Ft.Detrick on April 22nd 2018. These UFOs were making very strange maneuvers around this military installation and quite frankly how the Air Force did not detect them is stunning to me and shows clear signs of a cover-up about their knowledge of these UFO sightings. For our third sighting we share a video originally posted by our friend The Hidden Underbelly 2,0 of a burning UFO craft that looks to be made of multiple UFOs over St.Petersburg Russia posted on April 20th 2018 and we also compare it to sightings from 2017 as well. Finally we talk about a news topic regarding exo-planets and their gravity and how it may be affecting the search for alien life. We also give our own thoughts on the subject and debate the concept. In regards to all these UFO sightings it is possible this is something military maybe Air Force , Army , NAVY , Coast Guard , National Guard , etc. I just have a feeling this unknown object is something ET ( extraterrestrial ). FYI Rumors stemming from the Pentagon UFO footage released by Louis Elizondo and Christopher Mellon which say that a NASA employee has handed over two pieces of classified UFO footage that NASA found strange and will not be recorded in FLIR thermal like the AATIP footage was. Is the government and the Air Force covering up UFOs? What does the United States Navy know about them? This government cover-up needs to end. The evidence is amazing and pointing someone in the shadows pulling the strings while we suffer under their rule. We the people need to band together and truly fight for answers to the UFO phenomenon and end this government cover up forever. 2017 is over it's a new year UFOs are real and we have multiple pieces of UFO evidence to prove it and the government knows it. The Pentagon UFO footage from December should have proven that to the entire world. UAP are real and their purpose is unknown. We here at Alien Bros touch on all topics relating to the alien phenomenon and do our best to make sure you guys, the viewers, get every detail possible. Please support the channel, like, share, comment, and most importantly SUBSCRIBE!!

Help support us on Patreon and keep this channel alive- https://www.patreon.com/realalienbros

ALL footage used is either done under the express permission of the original owner, or is public domain and falls under rules of Fair Use. We are making such material available for the purposes of criticism, comment, review and news reporting which constitute the 'fair use' of any such copyrighted material as provided for in section 107 of the US Copyright Law.

SOMETHING Strange Captured Over US Military Installation (UFO?) Multiple other UFOs & News 4/29/2018 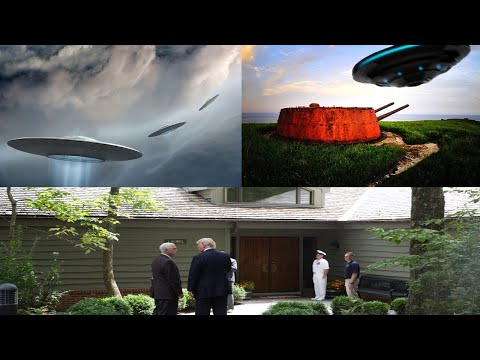 Alien Bros is a team of UFO researchers dedicated to bringing you the latest in alien related news and anything else that seems paranormal with a spec...