The Untold Truth Of Area 51

Area 51 is most commonly thought of as a place where the US military keeps UFOs and alien secrets, but no one outside the highest levels of government knows the truth. Though it may just be a fraction of the full story, here's what we know about Area 51.

Okay, so when you're talking about Area 51, separating fact from fiction is a tricky matter. That said, this whole shebang reportedly got started during World War II.

Somewhere between harnessing atomic energy and turning a skinny kid named Steve Rogers into a super-soldier, the U.S. military built a pair of small runways right next to Nevada's Groom Lake and named it the Army Air Corps Gunnery School. Sometime after the war, the Gunnery School was abandoned. No biggie.

Enter the paranoid 1950s, whereupon the equally-paranoid CIA teamed up with the somehow-even-more-paranoid Lockheed aerospace corporation. Their joint project, labeled Skunk Works, was intended to develop U-2 spy planes. The secrecy of the project meant that test flights had to be done in a remote location, far away from commercial and military flight paths, but close enough to a major city that receiving new supply shipments wouldn't be a total pain in the neck. Luckily, the project's Air Force liaison was around to mention the nice little abandoned Gunnery School in Nevada where he had trained. After close inspections, Skunk Works moved in, set up shop, and started testing their spy planes.

Obviously, they didn't tell any of this to the press. Their cover story was to refer to the military base as the "Watertown Project," and claim that they were merely studying weird weather phenomena.

Watch the video for more about The Untold Truth Of Area 51!

The Untold Truth Of Area 51 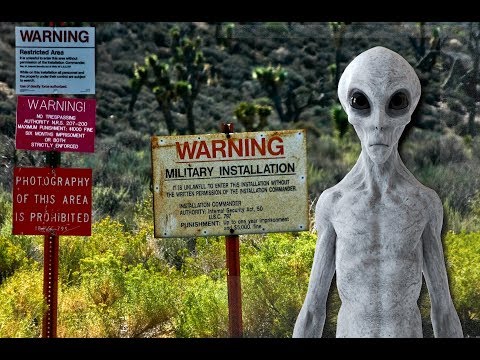 Area 51 is most commonly thought of as a place where the US military keeps UFOs and alien secrets, but no one outside the highest levels of government...